I spent part of last Friday attending a record session for Nick's new show, Kung Fu Panda. It was different from the other recordings I visited in that this show is story-based, rather than purely humor based. Different requests were made of the actors, whereas on the other shows the usual request was to "make it funnier!"
There were four voice actors there; three were men and there was one lady, though the lady left before I could get a good picture of her. The actors were: 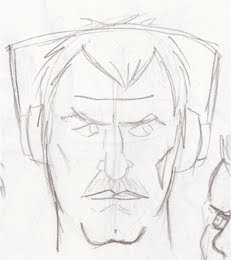 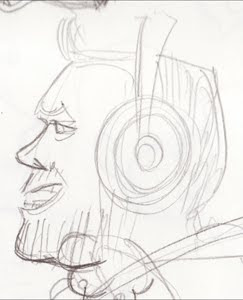 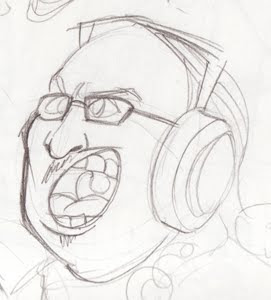 and Fred.
Mick was interesting because he voices Po, which means that he has to sound like Jack Black while also acting out the character. 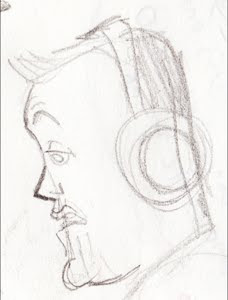 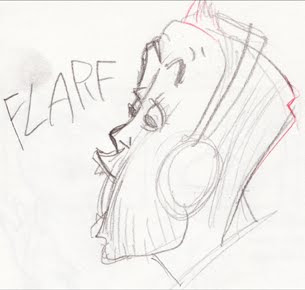 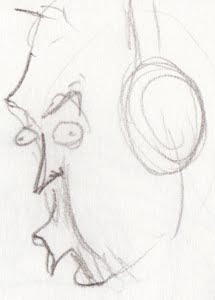 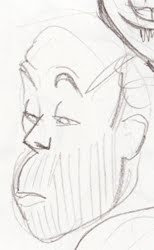 I didn't get a lot of drawings of Max, unfortunately, because his face was obscured behind a music stand. He did most of the voicing for Mantis, who was the focus of the episode. 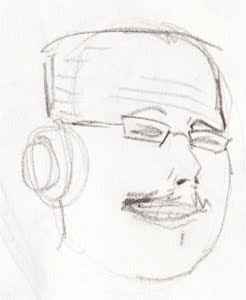 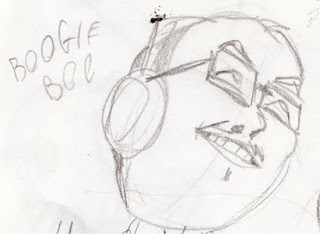 Fred made lots of great faces, and was overall very funny. Unfortunately, he didn't have very many lines for his episode, though I cracked up when he voiced a female mantis named Hao. 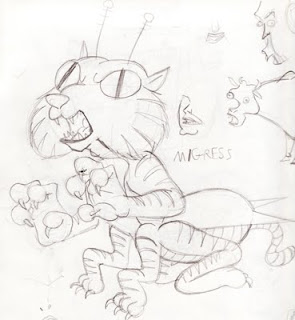 During the course of the recording there was much discussion about a Migress, which would be a mantis/tigress hybrid. This was my final rendition. It looks like something I would make in Spore (and maybe I will!).
I'd like to revisit one of the other shows and bring my sketchbook along. Nothing makes friends better than drawing someone's picture!
Posted by Severin at 8:46 PM